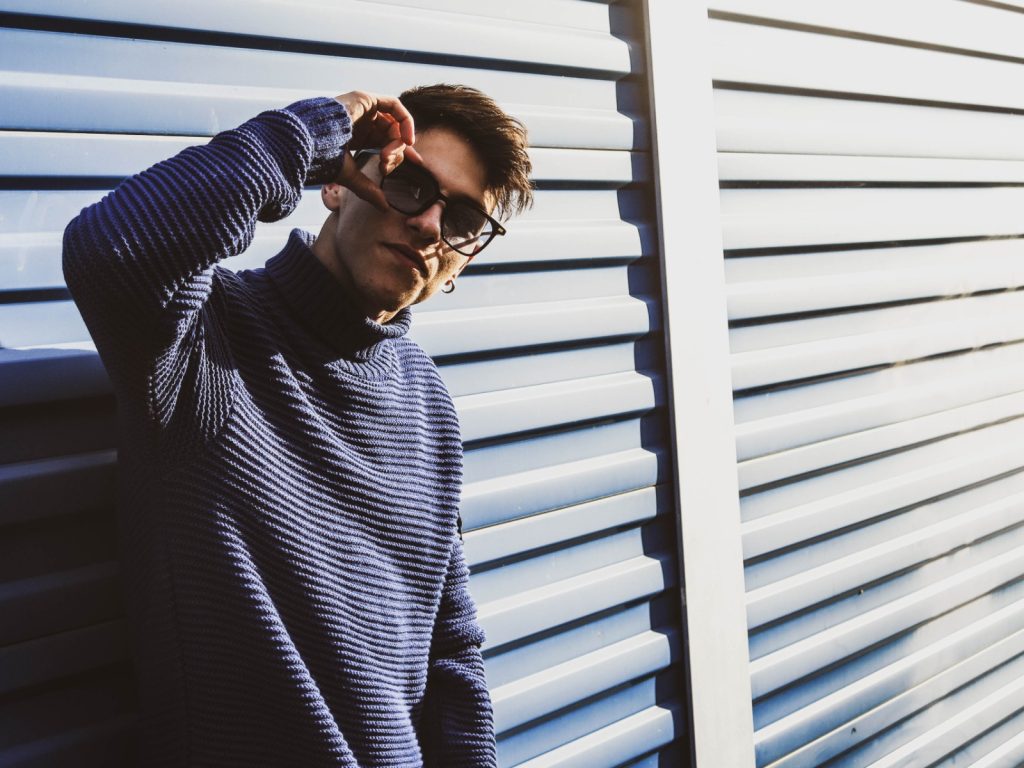 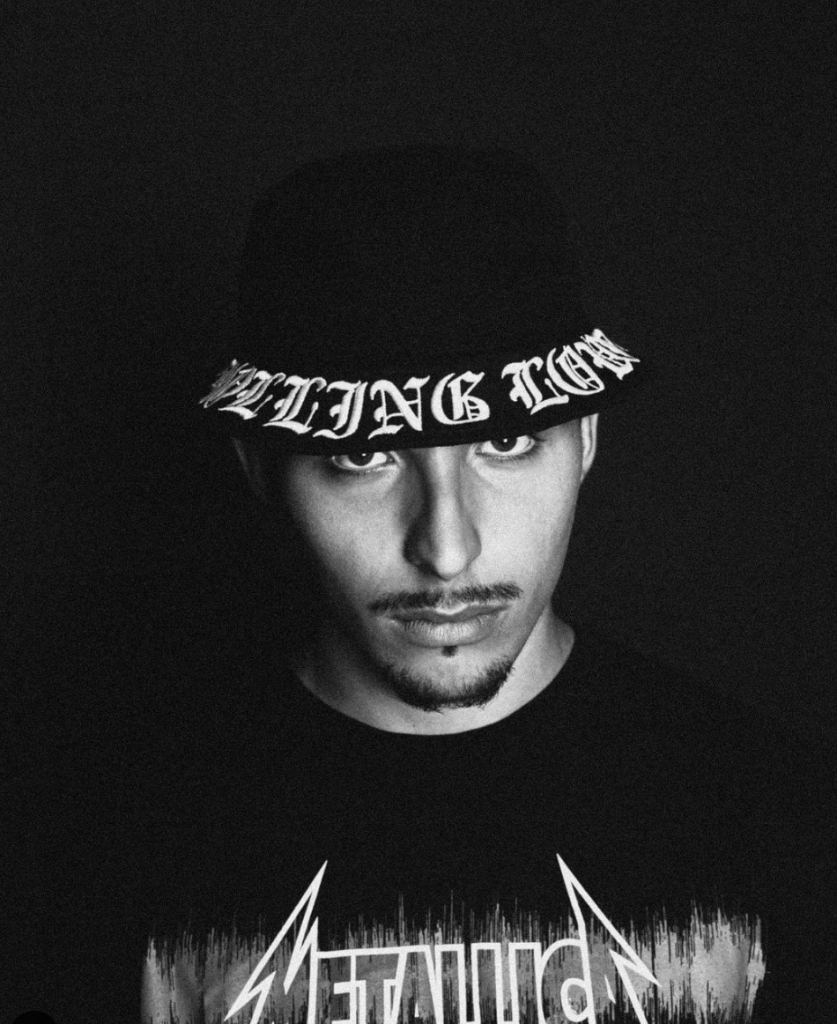 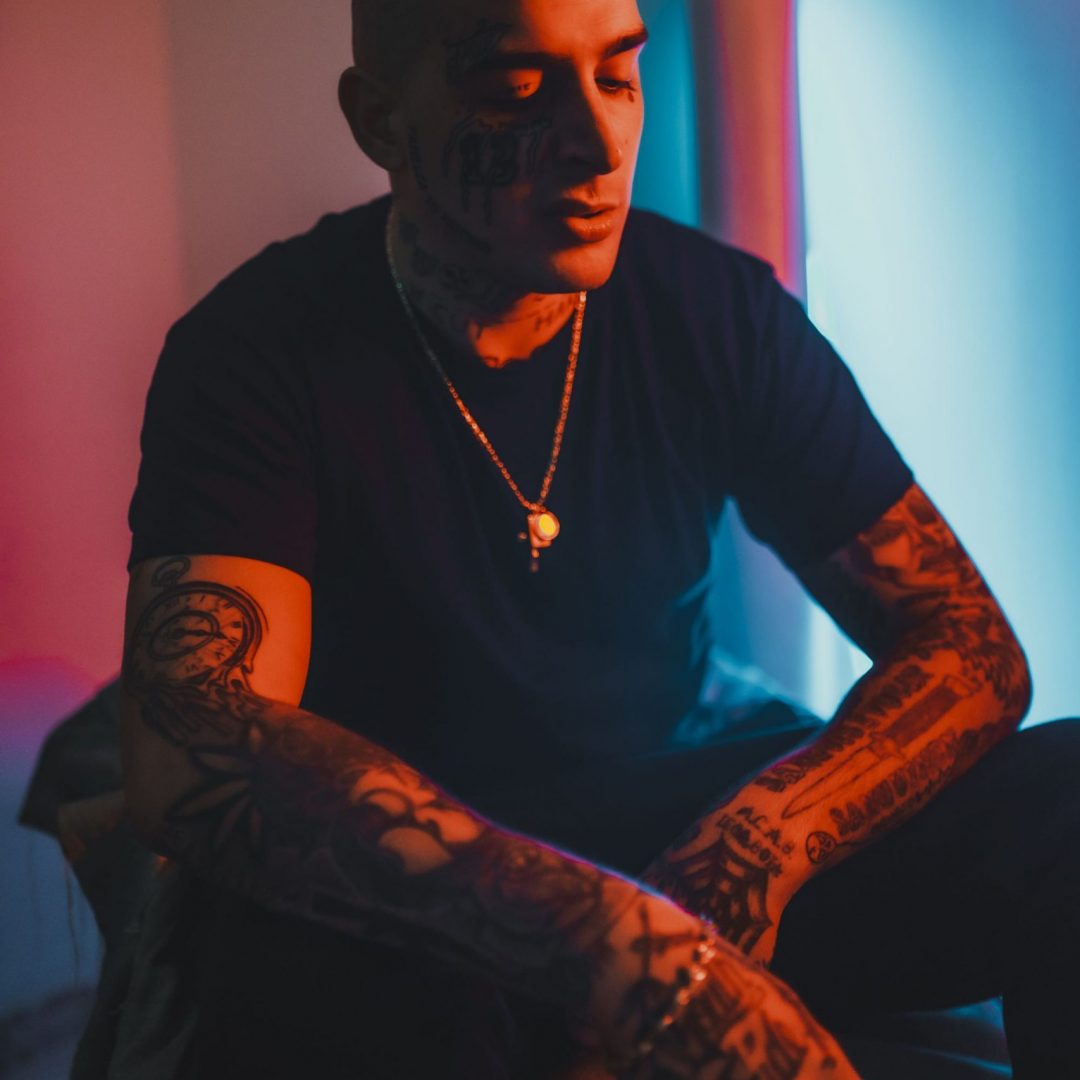 Parola Vera, born in 1987, is a well-known rapper in the Florentine and Italian underground rap scene. He took his first steps towards rap in 2006, being one of the founders of the crew Tullo Soldja. His first solo album "'Parole Vere" was released in 2013 and featured Inoki. The album is quite successful in the underground rap scene in Florence with various live shows and gigs in the city. After a break of a few years due to trouble with the law, he started recording new songs and released the singles "Southside" (feat. Nanne), "Bad To The Bone" (feat. Tierre), "Carnal" (feat. Tierre) and "PV" (recorded in 2013). Since June 2019 he has been part of the Iron Flies Army crew. The latest Ep "Dalle Sbarre" was released in July 2019 but was recorded in 2016 in Sollicciano prison and features Orkestra Ristretta (a crew of inmates). Since March 2019 it has been under the independent label Dome Recordings. In spring 2020 he joins the crew "Iron Flies Army" which includes Kanova, Tierre, Leon Branco among its ranks. The crew released two successful singles "IFA" and "IFA pt. 2". In the summer of 2020 he participates in the monster track "Ultra" with the entire Dome Recordings roster of producer/artist Pashabeats' first single with the label. His is album is in the works. 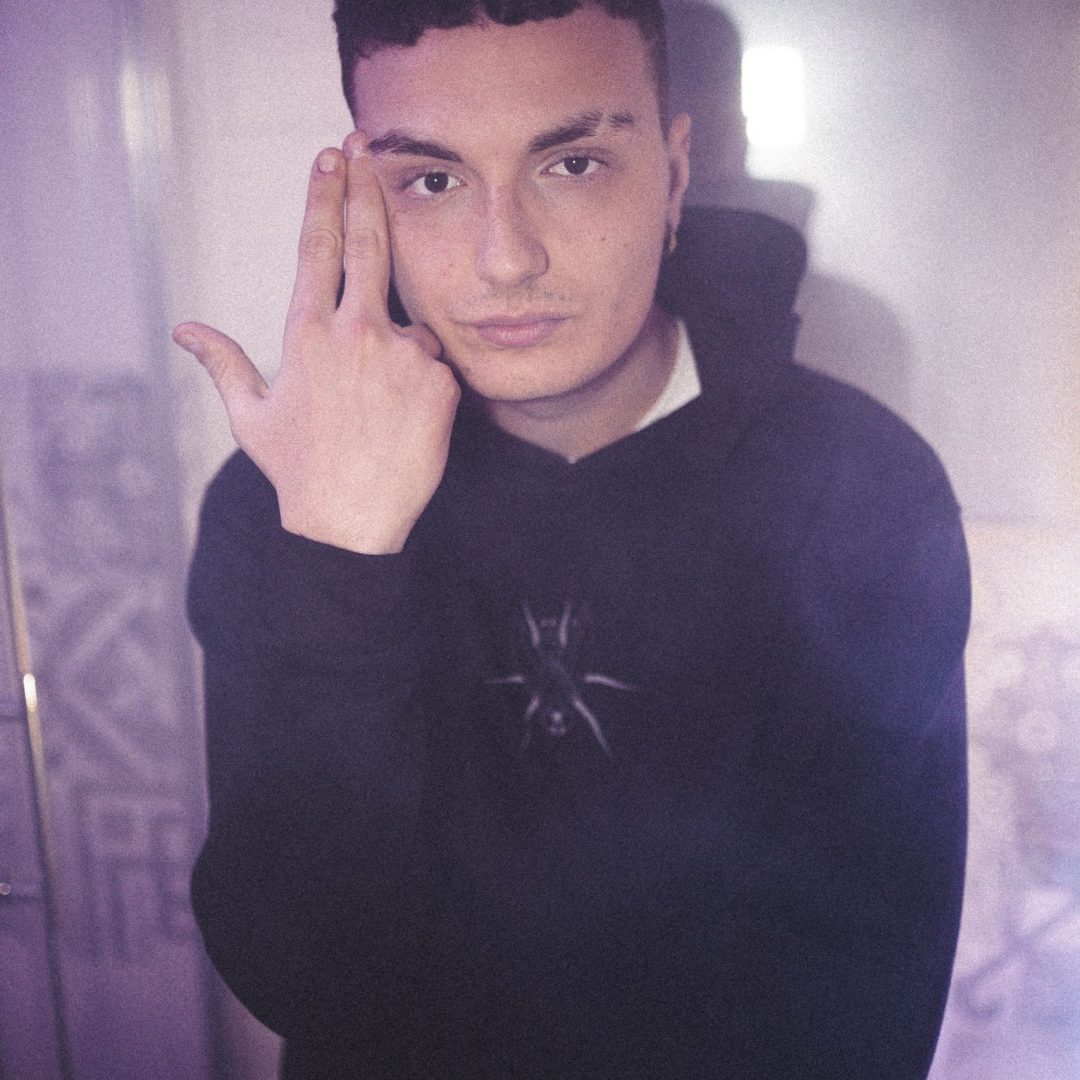 Kanova, born in 2000, is a Florentine rapper who, despite his young age, brings his experiences to music, perfectly reflecting the reality he lives with an interesting and innovative perspective. He approaches rap in 2013 writing tracks very related to his influences that recall a street mood but at the same time very melodic. In 2017 he released 3 amateur tracks getting noticed for his technical skills and his way of approaching the listener making him think but still bringing a sense to his music. After years of training in the studio and various researches he decides to launch himself on an untried style. In August 2019 he signed his first record deal with the Dome Recordings label, and in winter 2020 he released his best hit "Immortal" a song dedicated to a friend who is no longer with us. In spring 2020 he joins the Iron Flies Army crew and joins the artists Parola Vera, Tierre, Leon Branco. In July 2020 "11" was released, a single that was quite successful both on Spotify and with the video on YouTube, the pairing with Pashabeats works once again. August 2020 saw the release of the first single from the Iron Flies Army crew, 'IFA', which was a great success. In autumn 2020, 'Puerto Rico' was released, followed by the crew's second single 'IFA pt. 2', continuing the positive wake of the first success. An album is in the works and will be released in spring 2021. 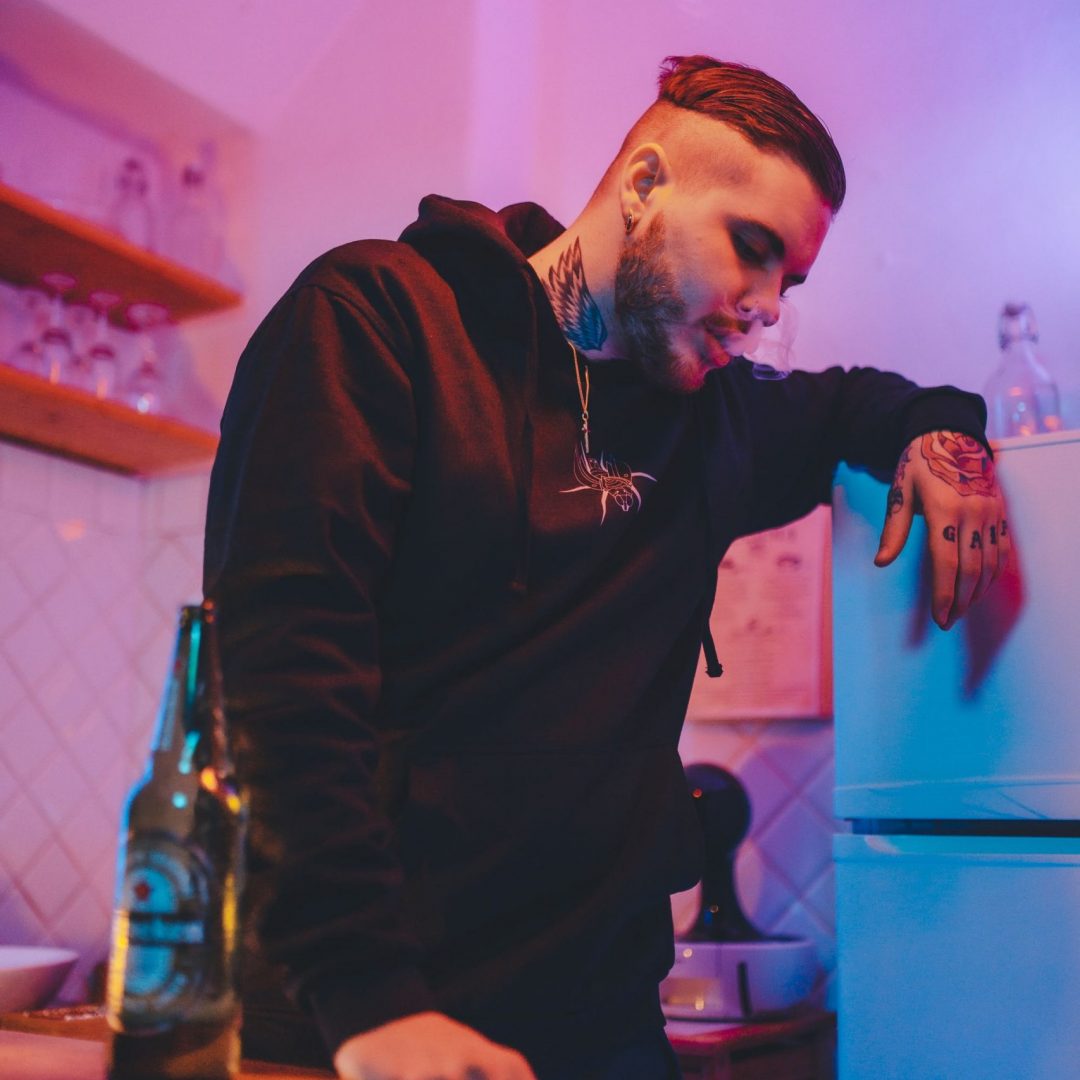 Leon Branco, born Gabriele Munno, is a Florentine artist born in 1998. Gabriele approached Italian rap at a very young age, only 13 years old when, influenced by the music of Emis Killa and Zero2, he published his first official single with good results. After a short time, with a group of his peers, he managed to open a home studio where, with dedication and stylistic research, he developed his approach to writing and refined his technique. The years go by, between openings at various live shows and commitment to personal production, Leon continues his artistic evolution. The year 2018/2019 finally arrives and the rapper refines his style, he starts collaborating with the producer Pashabeats and the Milanese studio Benevidis, from here Branco's musical personality becomes unmistakable. He released four official products with accompanying videos: Guardami, Burnout, Ade and Casa Mia. The videos edited by ThaEvil and Tommaso Checchi were successful in the Florentine hinterland. In 2020, on the strength of his successes, he was noticed and signed to the independent label Dome Recordings and became part of the Iron Flies Army collective along with Tierre, Kanova and Parola Vera. In August 2020 he released "Papy" with the collaboration of Pashabeats in the chorus, his best single. 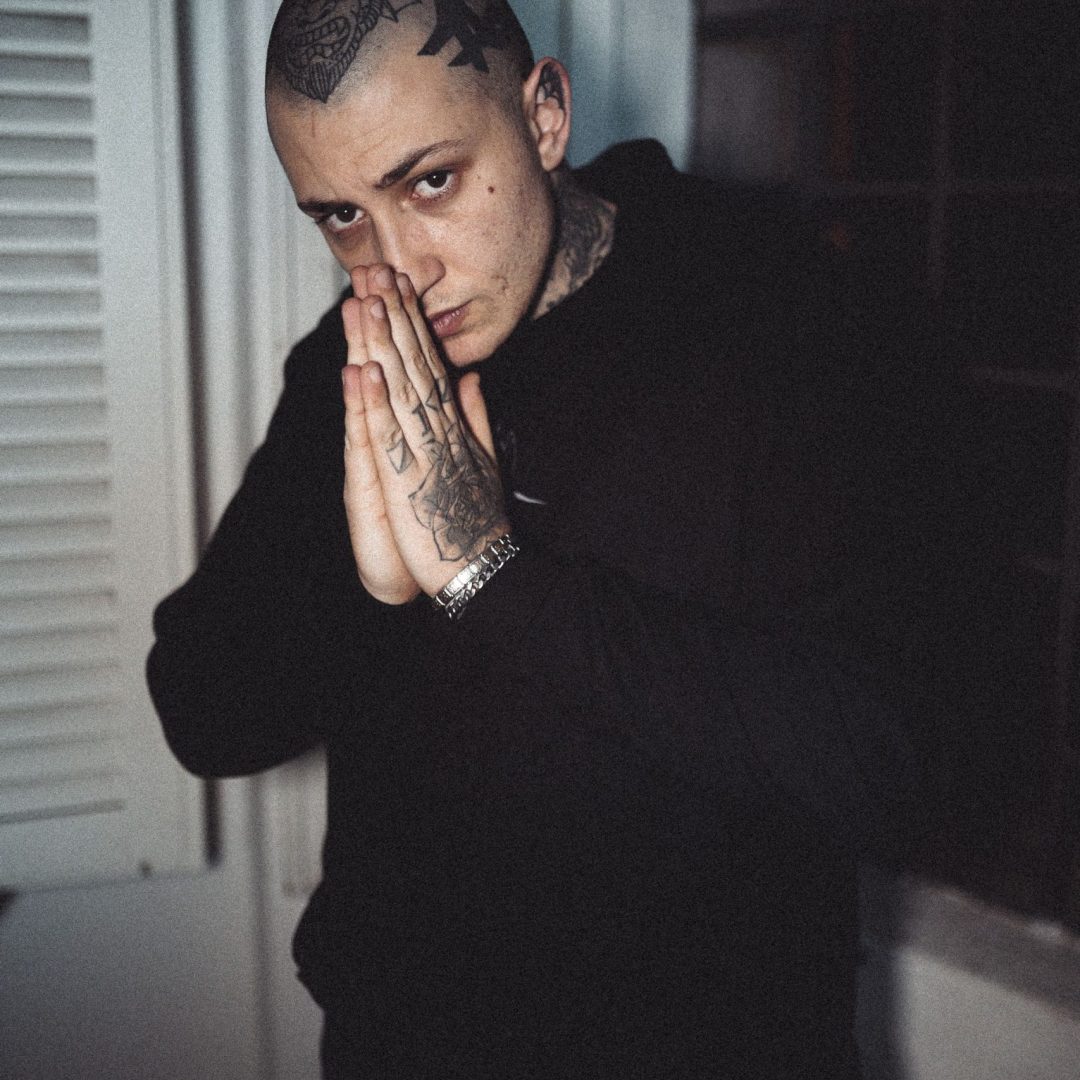 Tierre, is an artist born in Florence in 1995. At the age of 12 he discovered rock and took his first steps in the world of music, playing drums and guitar in various cover-bands of Nirvana and Pantera. A few years later, in 2009, he discovers the world of rap and founds his first crew NBA, the group produces 2 ep with hybrid sounds, between classic boombap and hardcore rap, having a good success in Tuscany. In 2014 the collective broke up for personal reasons of the members, Mattia stopped his musical production for about two years, due to problems with the law. In June 2017, shortly after his release, he releases several singles demonstrating his skills on Trap and dirty south sounds. He signs his first record deal with the label "Dome Recordings" in the summer of 2019. With the label he released the singles "Carnal" feat. Parola Vera, "Bad to the Bone" in participation with Parola Vera, then "Macumba" and finally his best track so far "Come Da Bambini". From an idea of his, in the spring of 2020, the crew "Iron Flies Army" was founded, whose representatives included Parola Vera, Kanova and Leon Branco, with which the crew released "IFA" and "IFA pt. 2", two singles that were quite successful. He then releases as a solo project "Interlude" which is a taste of the upcoming album. 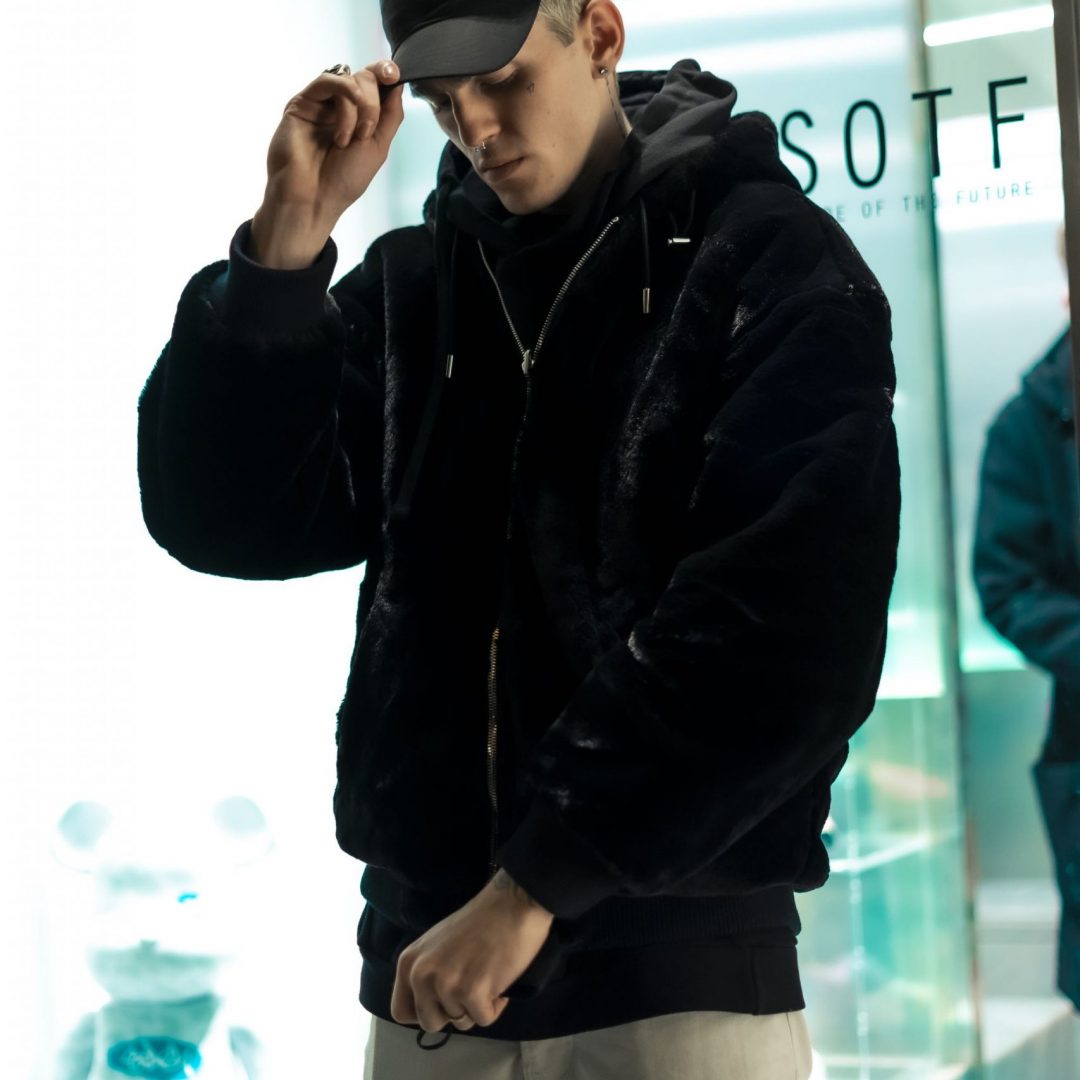 Pashabeats is a young music producer and artist from Florence, Italy. He has worked with singers and rappers throughout Tuscany, such as Parola Vera, Kanova, Leon Branco, Tierre (among the best known). The beatmaker has also produced international singers such as Doxx (French rapper) reaching several million streams. In 2020 he began his solo career by self-producing his first single “Slowly” (published by DYNMK on the youtube channel with 1 million subscribers). He is currently working on an important project with one of the greatest Italian rappers (grateful to Parola Vera, the father of hip hop in Tuscany). Pasha signed with Dome Recordings in July 2020 and became the label’s official producer, starting work on the project which will then lead him to the release of his first album. 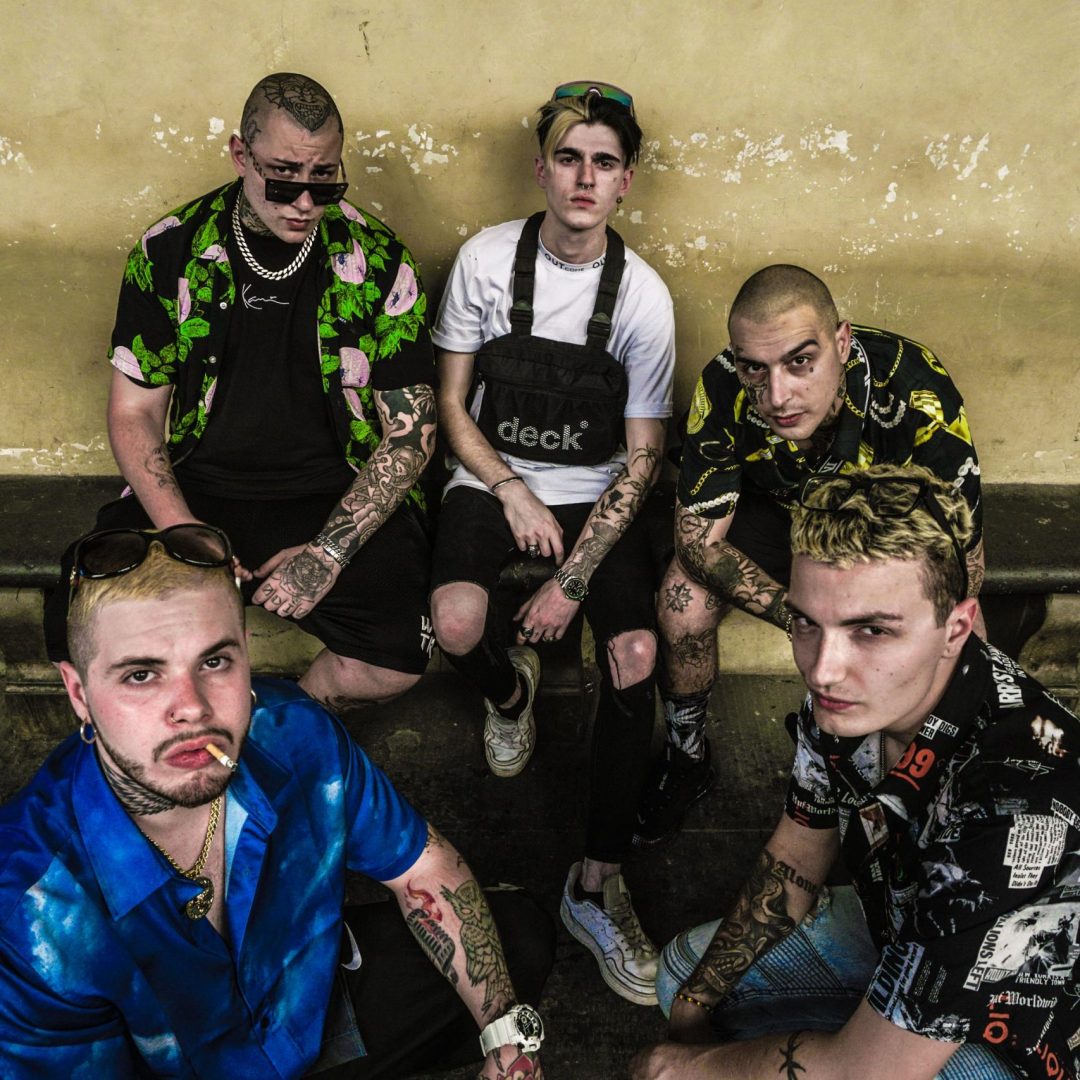 Iron Flies Army is a Rap/Urban collective born in Florence in 2019 from an idea of Mattia Triolo, aka Tierre. The collective is made up of 4 rappers/perfomers, all with a consolidated artistic career behind them; Tierre, Parola Vera, Leon Branco and Kanova. IFA was born from the expressive need of the four, to tell the story of the street, their experiences and their experiences find an outlet in art, as a desire to rise with music from everyday life. In 2020 the collective signed with the independent label Dome Recordings, debuting with the eponymous track. The track "IFA" is already a cult in the Florence and Tuscany scene, and the new track "IFA pt. 2" is the prelude to the album currently in the works. 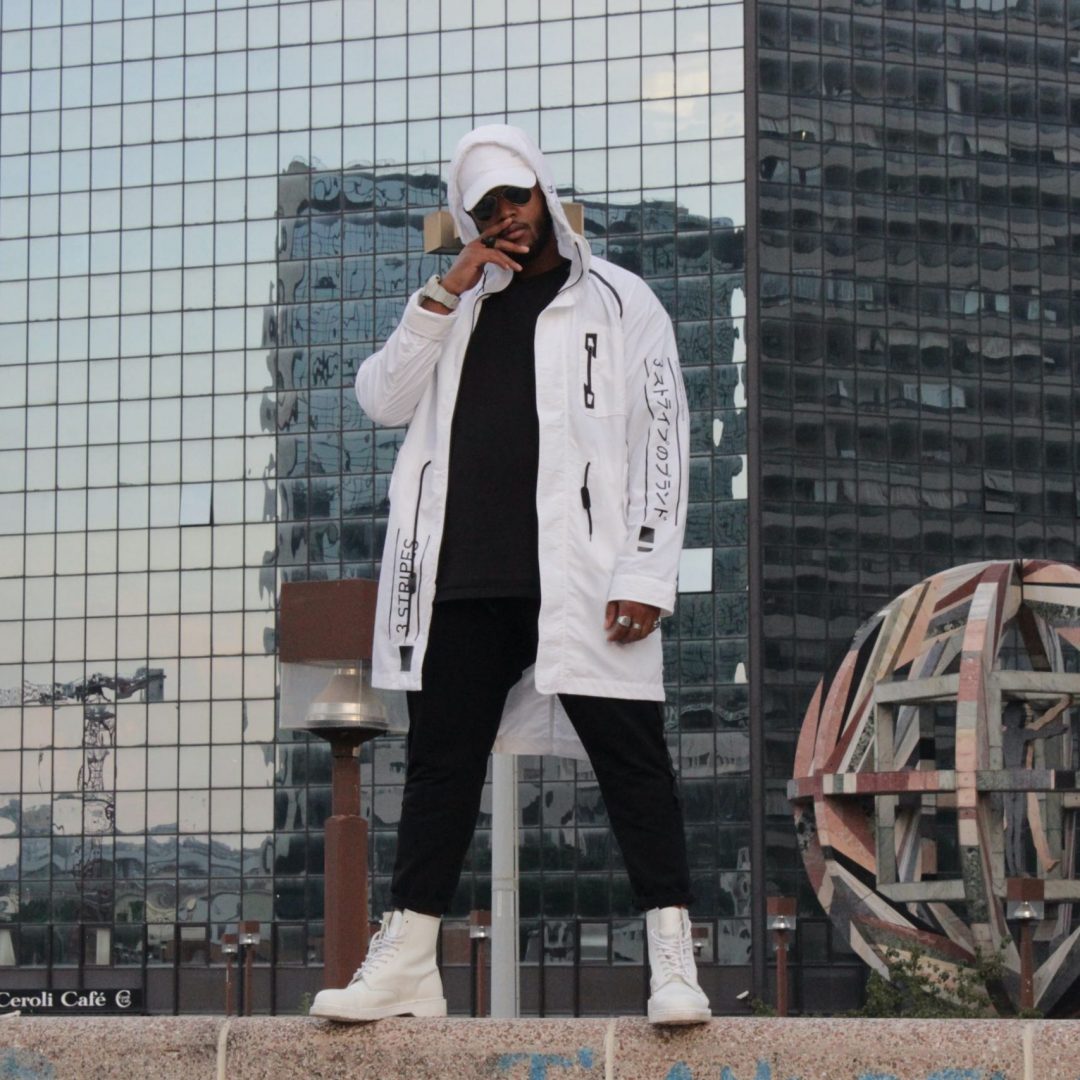 Mic Santos, born Michael Dos Santos Lopes, is a rapper born and raised in Naples. Since he was a child he has been fascinated by overseas urban music, especially the Club/Contemporany r'n'b sound of Chris Brown. His first approaches to the microphone date back to 2016, when he recorded the song: "We're coming", a track with trap/dubstep tones. After the release of several singles, in 2019, Mic begins to collaborate with the Florentine producer Pashabeats. The professional alchemy between the two artists will lead Michael to move to the producer's city to work fully on the "Mic Santos" project. He is noticed by the independent label Dome Recordings after his feat with Leon Branco in Ballin' and signs his first record deal in the summer of 2020. Towards the end of summer 2020 "Bumpin" is released, the first of a long series of official collaborations with both the label and producer Pashabeats. 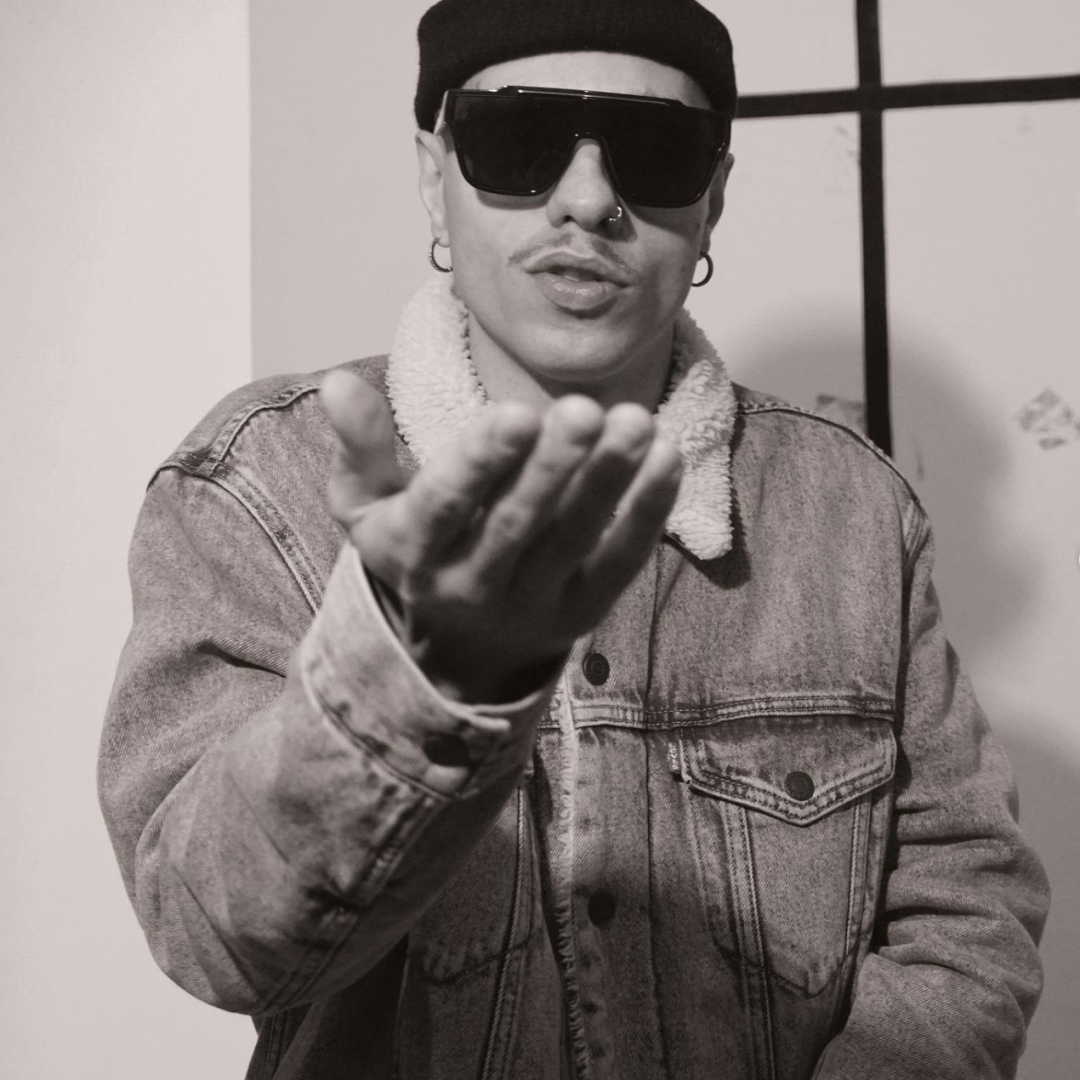 Francesco Margheri, aka Kappa Soprano, is a Florentine rapper born in 1993.
Always been a fan of Hip Hop Basketball, he takes his first steps in music at the age of 17, forming his first crew, the Rappresaglia, with whom he will play for a few years, having a good success in the Florentine underground. After a few years of stop from music, Francesco embarks on his solo career, and comes out in 2018 with the single 1Shot, under the pseudonym of Kappa_i8.
In the same year, together with I4CO, he created the collective I8Q4 with which he released several singles. After experimenting with various sounds and genres, Kappa Soprano decided to embark on a new musical journey. 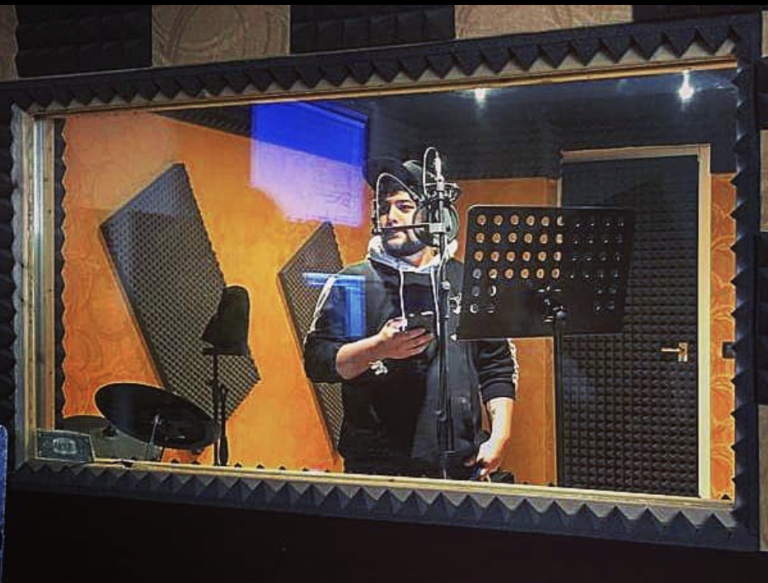 Cristian Radici, aka Bu$hi, born in 1998, started writing at the age of 12 during his teenage years, writing poetry because he was fascinated by the expressive power of words. Around the age of 14 he entered the world of club music, until 17 when, thanks to a friend, he discovered rap, and immediately fell in love with the genre and culture. After years spent refining flow and techniques Bushi is ready to rock with a lot of music. 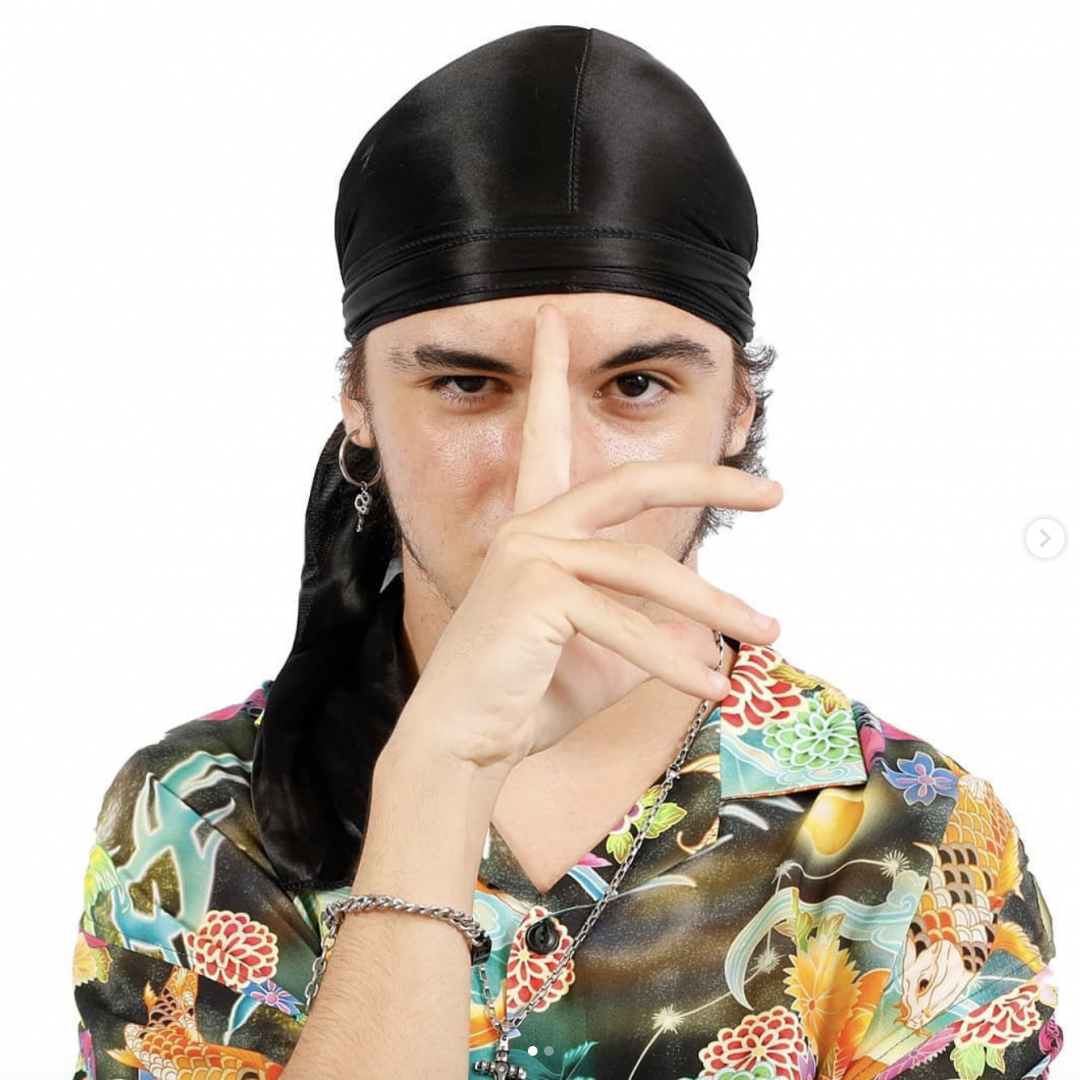 SelvaOscura, stage name Edoardo, is an emerging artist born in 2004.
He starts writing his first lyrics in the summer of 2018 after an act of bullying and uploads his first single Male on all digital platforms in September 2019. Under his old name Rabbia, he releases an 18-track mixtape and during 2021 he changes his name inspired by Dante's life. 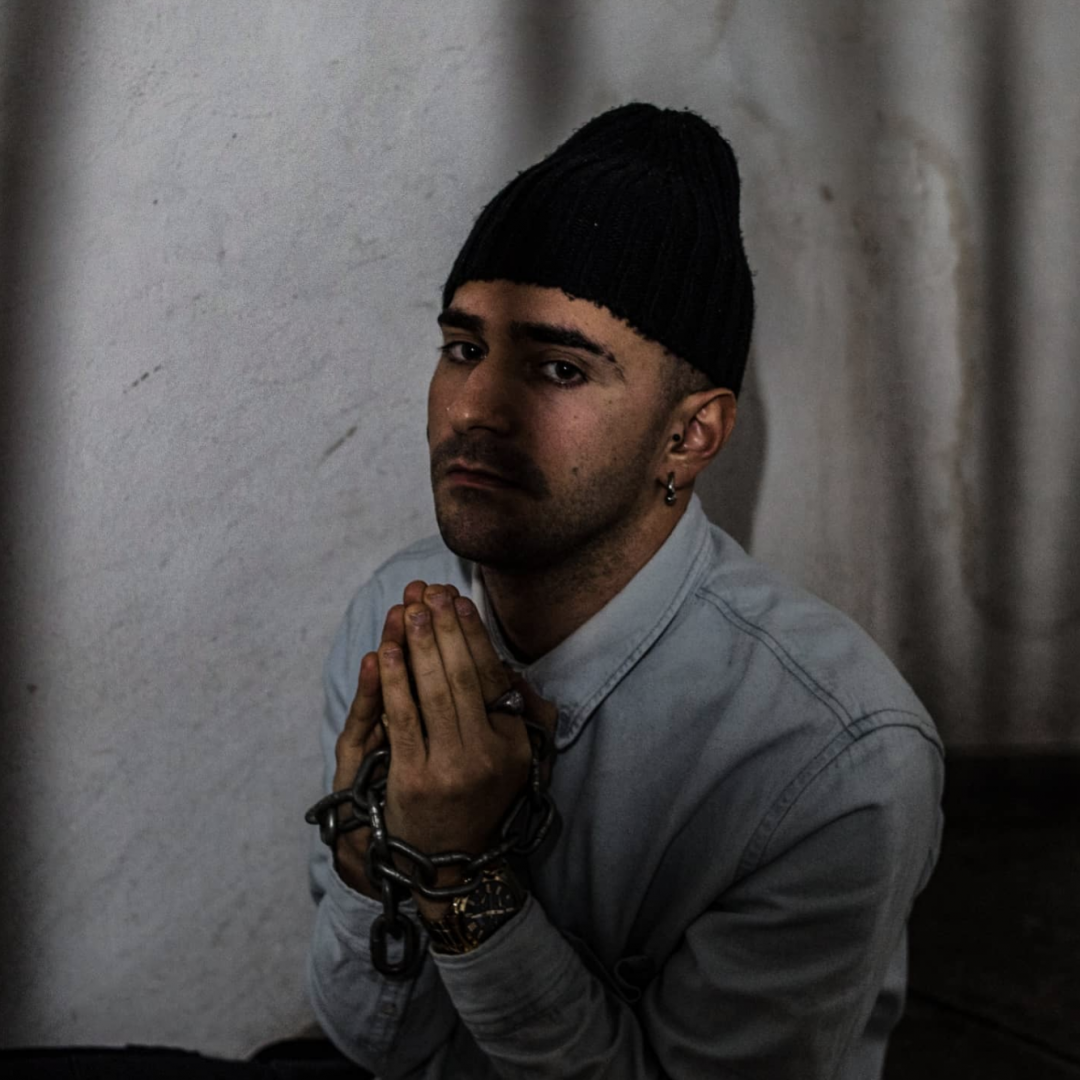 Michelangelo Culiat, aka SLiding, is a Florentine rapper born and raised in the suburbs of Scandicci in 1995.
Influenced by the trap scene that is sweeping Europe from the States, he collaborates with producer Madras with whom he debuts in the summer of 2018 on Youtube and Soundcloud with his first single "Lexus", a house-trap track, although the artist never likes to categorise his music, the last two tracks released are "Non lasciarmi così" and "Je t'aime". 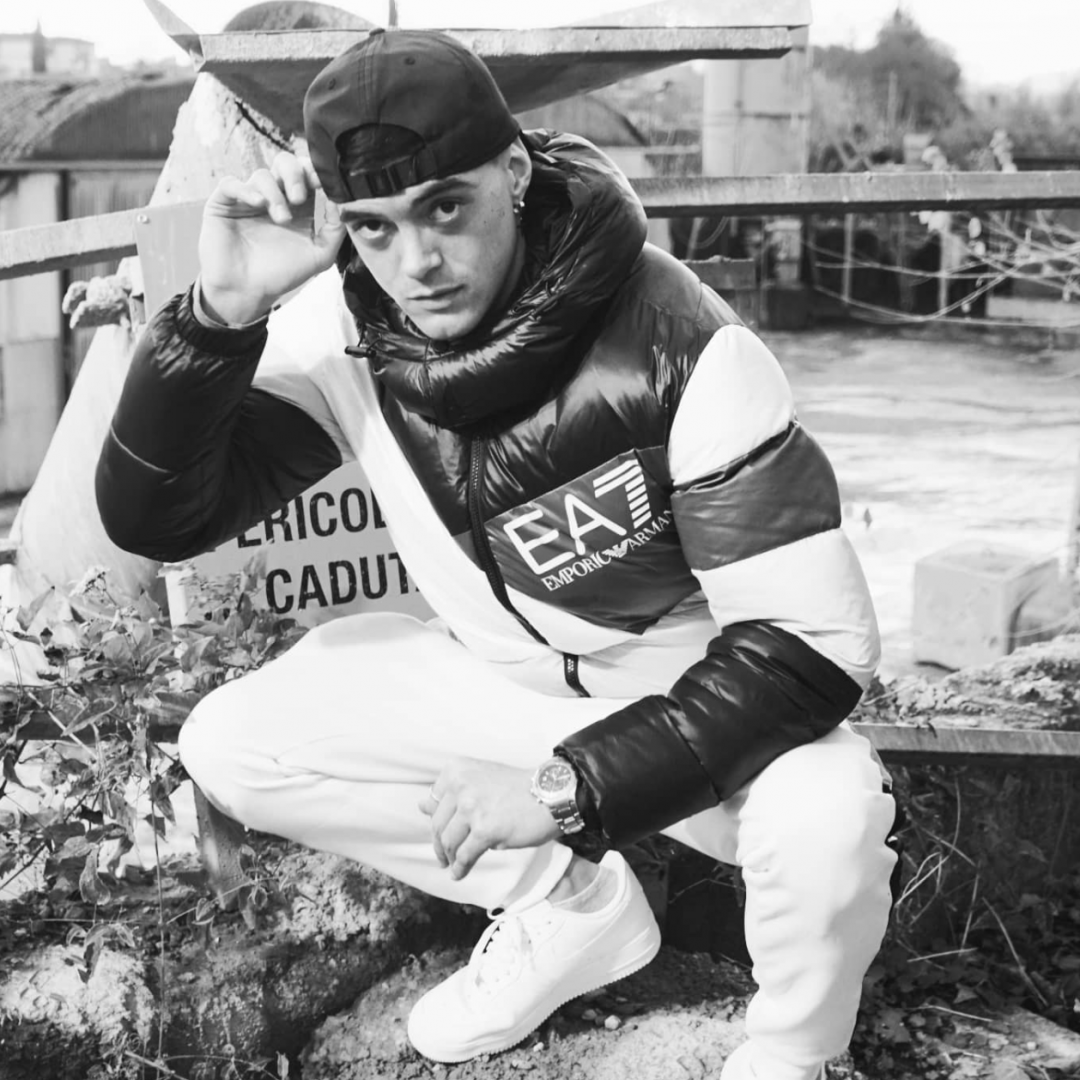 Cosimo aka KWAR defines himself as "An ordinary boy from the outskirts of Florence". He started listening to rap at 13 with Fabri Fibra (Mr. Sympathy), appreciating the desecrating and self-critical genre, so much so that he started writing his first lyrics in his room. Around the age of 17, after various freestyle contests, KWAR published his first mixtape, with sounds inspired by Classic and Old School. In the last years KWAR approaches SADTRAP and EMORAP sounds, proposing a new sound, strongly inspired by artists like Lil peep and XXXTentation. 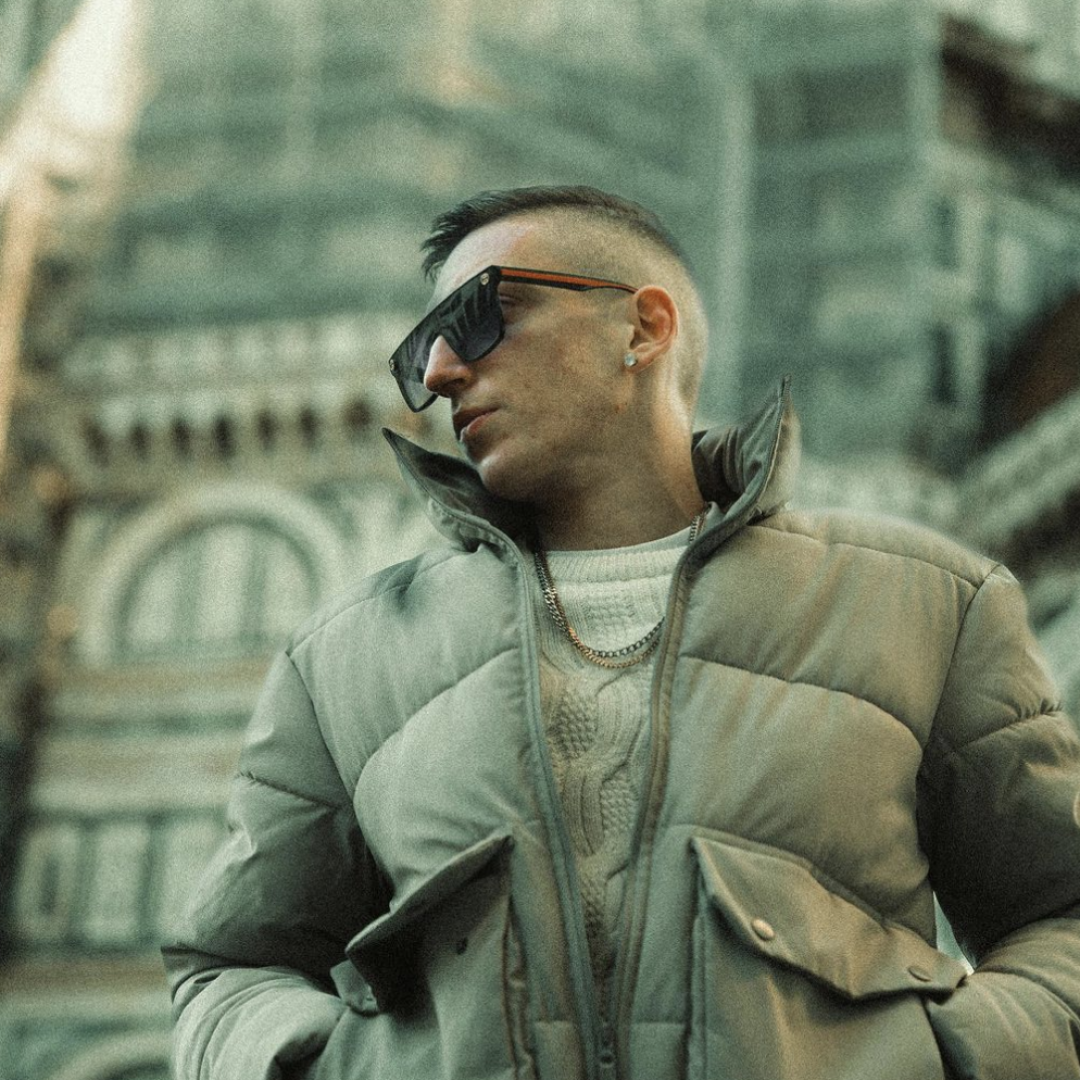 Lorenzo Iacobellis aka I4CO is a Florentine artist born in 1996.
Lorenzo was introduced to music at a very young age. His mother, a singer, and father, a drummer, gave him a passion for rhythm. In his teens he approached the Techno and rap scene, broadening his listening and influences. In 2019 he records his first track, soon after he joins the collective I8Q4 and starts producing his first official projects. In 2021 I4CO releases his first EP "APNEA", his latest single is "Uh la la" featuring the collaboration of Pashabeats, another EP is in the works. 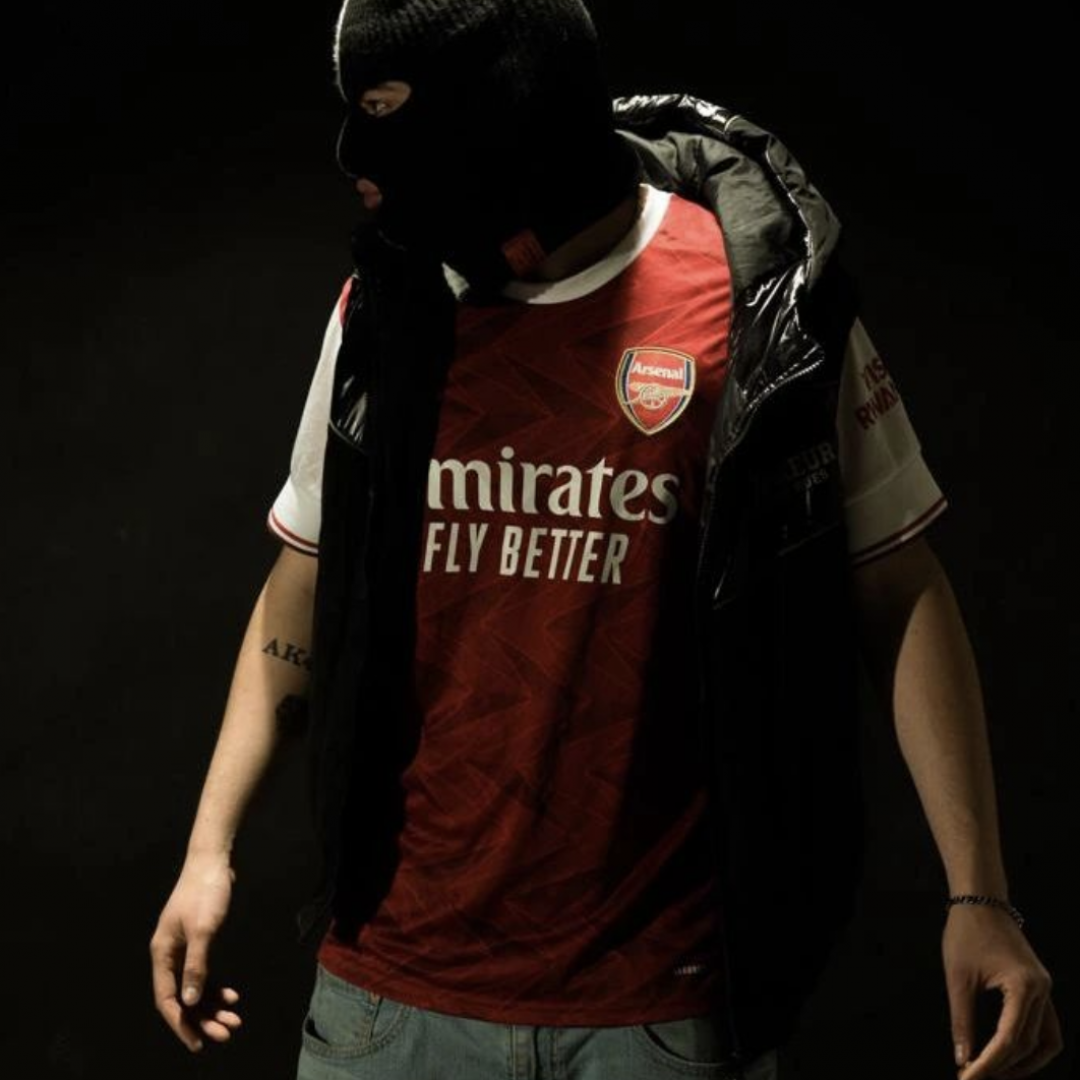 Akkappino is a Florentine rapper born in 2000, he approaches music through rap and arrives at the current sounds thanks to a constant evolution of his style. His artistic journey started by chance a couple of years ago, one evening in the studio with a friend of his, out of a need to express himself through his art.
During the first year he released 3 singles without video and an EP under his own name, while in 2021 he released 3 video clips on YouTube. A turning point in Akkappino's productions definitely came when in 2021 he met his producer, Sterza, a Pisan producer born in 1996, with whom he started working steadily in the second half of the year and with whom he will continue to produce his next works, with whom he gave life to one of the best projects released at the moment, "infami in rubrica", born spontaneously in a day in the studio, as well as the new projects currently in the pipeline, trying to constantly evolve in terms of sound.
Instagram
Telegram
Facebook
Youtube
Twitter
Link